The Black Madonna of Montserrat (La Moreneta in Catalan which means the little dark skinned one) is the patron saint of Catalonia together with St Jordi (St George). The dark […]

The Black Madonna of Montserrat (La Moreneta in Catalan which means the little dark skinned one) is the patron saint of Catalonia together with St Jordi (St George). 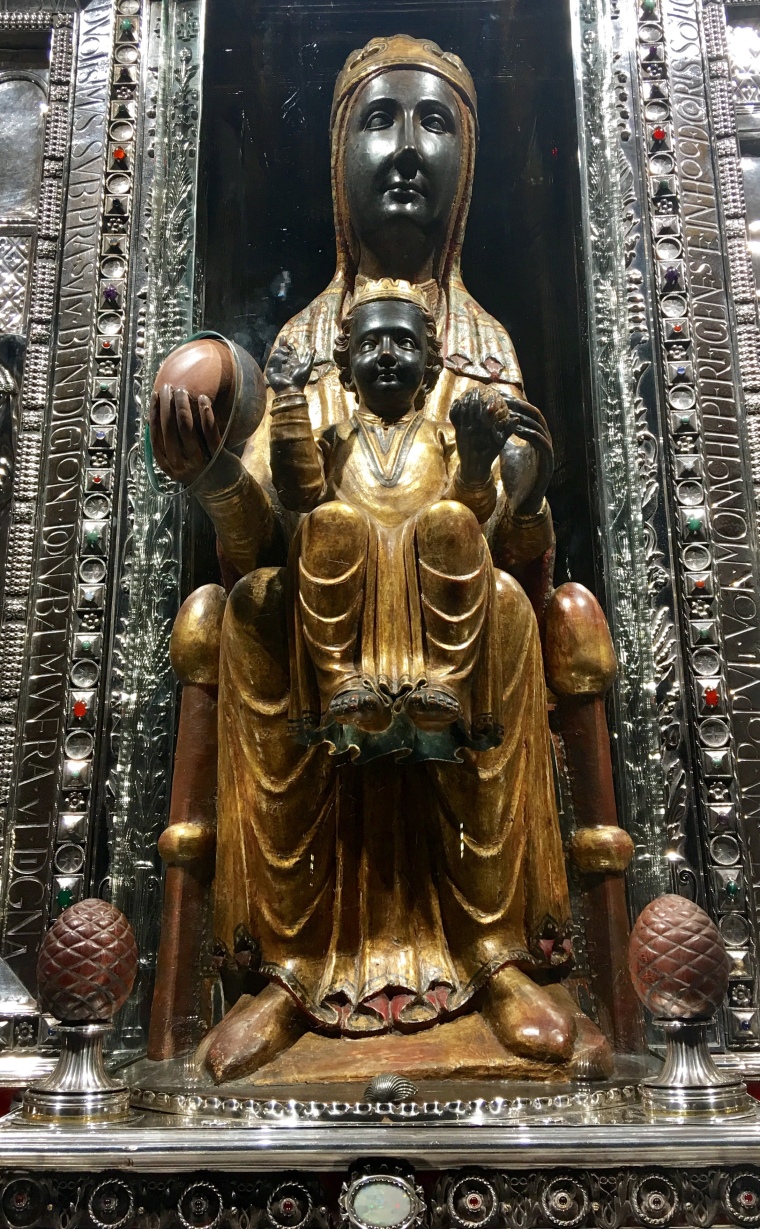 The dark features of this statue currently at the Montserrat Basilica is courtesy of the pigment from wood it is carved out of – believed to have originated from Jerusalem in the 12th century.

However, this is where there is a time frame confusion, because the first record of the statue is in the year 808, in Santa Cova (a cave in the mountains) by shepherds who were led there by lights and melodious music.

Following the discovery of the statue at the cave, the church attempted to move it to the nearby town of Manresa.

However, the statue got heavier with each step the bearers took, and this was taken as a sign that the statue should remain at Montserrat. 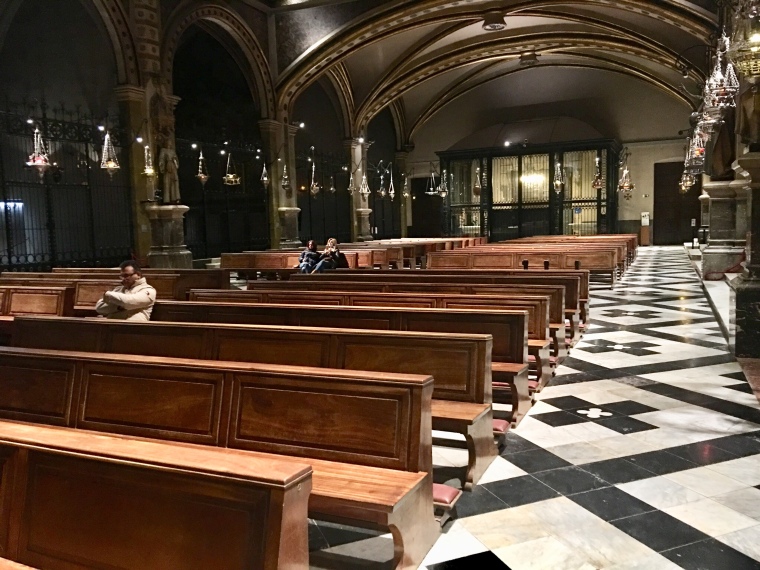 Our Lady of Montserrat has been the go to saint for Catholics in the Catalan and surrounding regions for centuries.

Today, Montserrat which literally means saw (in Catalan) because of the serrated appearance of the mountain’s slopes remains as a popular, but reverent pilgrimage site visited by people from all over the world. 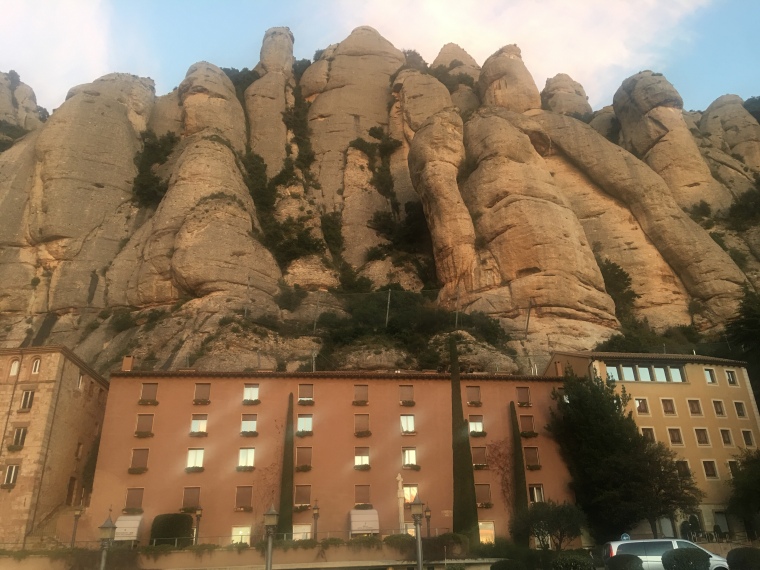 Despite being a popular tourist stop, the authorities in Montserrat seem to have maintained the reverence of the site.

It is not overly commercialised like other pilgrimage sites. 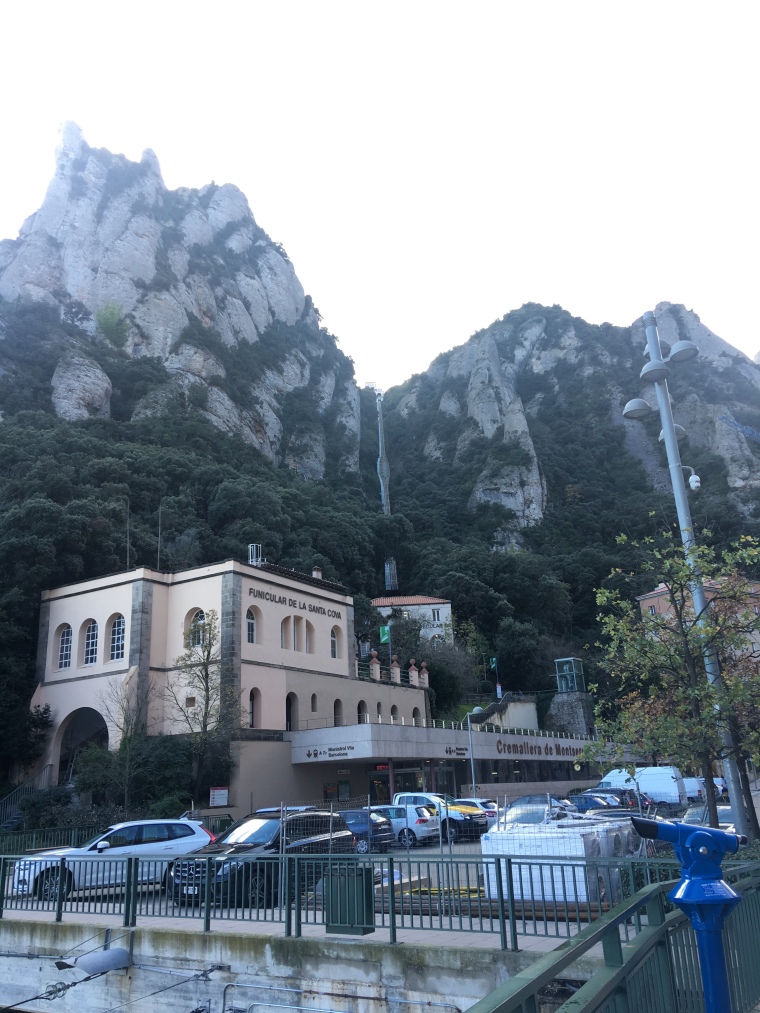 There were only two souvenir shops, a large cafe, a small post office, a bank and some small stalls for locals from the surrounding villages to sell their produce like cheese, honey and preserves. There are no supermarkets or 24-hour convenience stores. 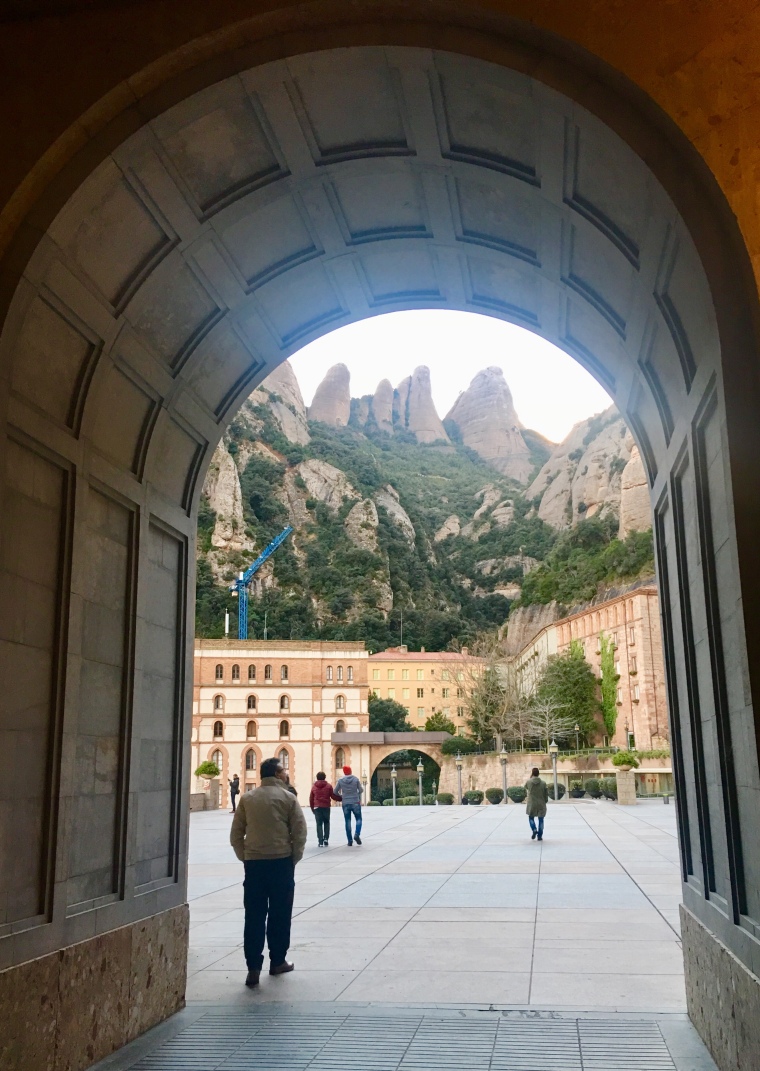 The stores are shut by 6pm & the only other activity is rosary recital, mass and a performance by the boy’s choir.

I think there is also a specified time and limit for tourist bus arrivals, as there is for cars entering the vicinity.

Our guide had to write in a day ahead to inform the Montserrat security office that he was driving in to pick us up.

We stayed two nights, and spent the day at the basilica, and taking walks along the mountain trails (amazing views from up there).

The sunsets and sunrise in Montserrat are the best I’ve seen. The serrated rocks seem to shroud it’s surroundings in different hues at different times of the day, and especially at sunrise.

Even if you’re not a morning person like me, do wake up early to catch the sunrise over Llobregat Valley. Watch the mysterious sight of the rolling mist and fog in the valley below as the sun slowly rises to throw a magnificent display of colours and hues around the sky, valley and mountains surrounding Montserrat. 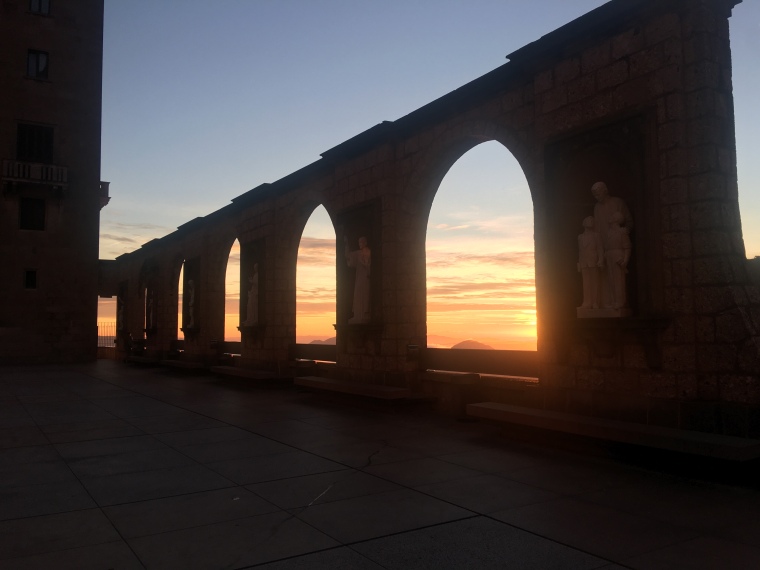 If peace, quiet and space for prayer and reflection is what you seek on your next getaway. Then do visit Montserrat – not as a tourist, but as a pilgrim – one of the many millions who have made this a place for quiet contemplation, prayer, homage, reflection and to raise their petitions up to the heavens for centuries.

Where to stay in Montserrat: