Is that a bone? A human bone!? I exclaimed – awed and horrified at the same time at the body part that was sticking out of a wheelbarrow which was casually being […]

Is that a bone? A human bone!? I exclaimed – awed and horrified at the same time at the body part that was sticking out of a wheelbarrow which was casually being hustled along by a woman wrapped up in thick winter garb.

I think it was a femur, but I’m no expert and made a guess based on pictures of skeletal remains I had seen as exhibits in a court case I had covered many moons ago.

It was about 3pm when Terence and I arrived in Kutna Hora, an old mining town that is home to the ossuary in Sedlec – a suburb of Kutna Hora.

After a two hour bus ride from Prague through several small towns and frosty barren farmland, the Church of Bones as it is known, better be worth all that effort I thought to myself as I stepped in through iron gates, straight into a burial ground surrounding the chapel.

A stone wall and the naked branches of large trees surrounded the Roman Catholic Church of All Saints – amplifying the clammy and gloomy weather.

However, the sight of the bone jolted me a little, while bright candles  and flowers on the graves illuminated and injected some colour to the dull winter afternoon.

Some of the gravestones looked ancient, while others were newer – holding the remains of those who passed away as recently as 2015.

There was some construction going on around the church and deep trenches were dug around it – I guess that’s were the bone in the wheelbarrow originated.

The upgrading of the church is expected to be completed in 2019 – according to a signboard on the grounds.

Sedlec Catholic Church of All Saints under renovation

Renovations on Church of All Saints, Sedlec expected to be completed in 2019

This cemetery has been a burial ground since the 13th century, and was the final resting place for those who lost their lives in to the bubonic plague/black death of the 14th century and Hussite wars of the 15th century.

Injuries sustained by warriors in the Hussite war

Injuries sustained by warriors in the Hussite war

For centuries, people from around the region sought to be buried at this site in Sedlec. It was revered as holy ground after an abbot scattered soil from Golgotha (the site where Jesus Christ was crucified) in the area upon his return from Jerusalem. 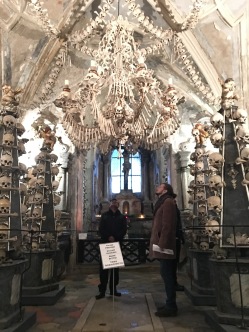 Some of the bones were exhumed in the 1400’s to make way for the construction of the chapel, and according to history, a half-blind monk was assigned to arrange these bones in the ossuary beneath the chapel. 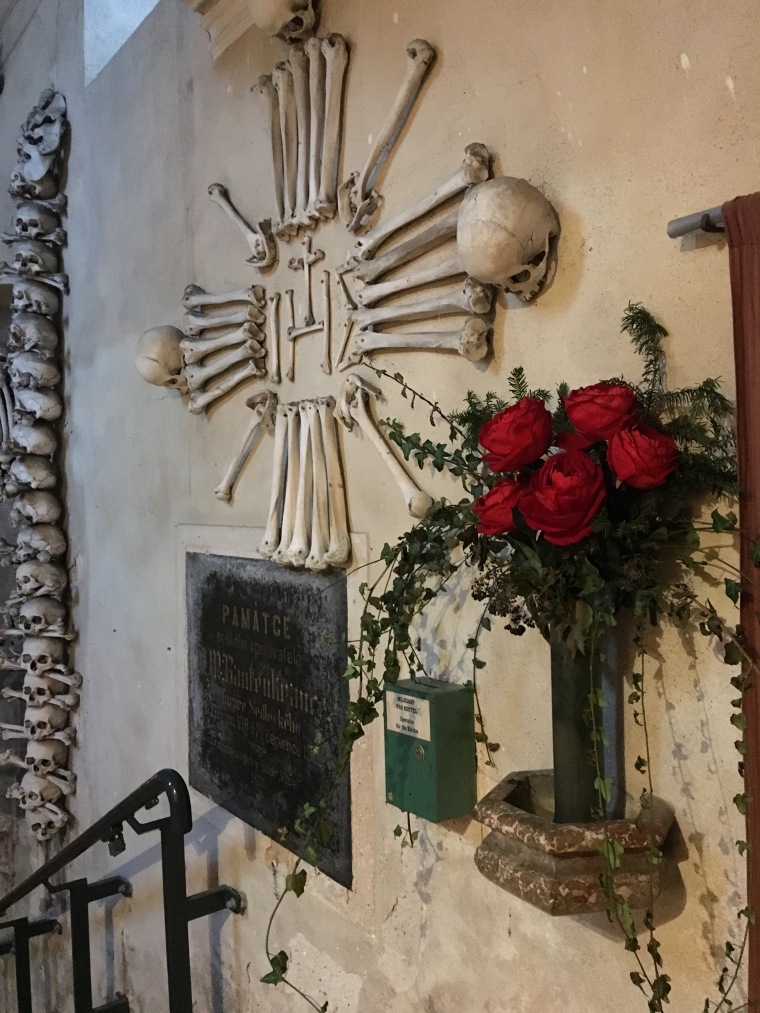 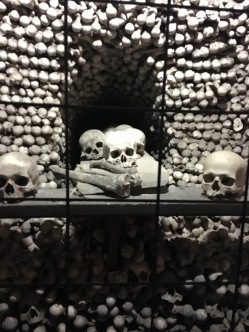 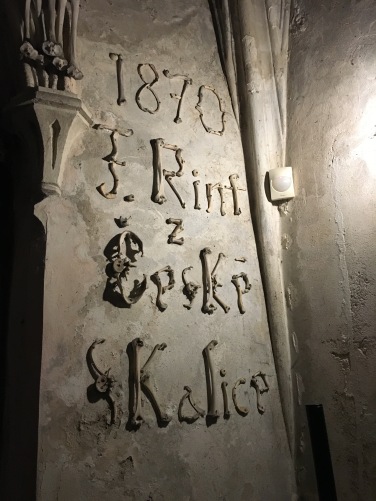 In 1870, a woodcarver Frantisek Rint was engaged to rearrange the bones and the result of his bizarre work, using the remains of 40,000 human skeletons from the ossuary, is now what draws thousands of visitors to this little suburb every year.

How to get there: http://www.myczechrepublic.com/kutna-hora/sedlec-ossuary.html