A Rail Adventure – Coast to Coast on Amtrak

Two years ago I embarked on a trip to the United States of America. I wanted to do and see as much as I could, but soon discovered that this […]

Two years ago I embarked on a trip to the United States of America.

I wanted to do and see as much as I could, but soon discovered that this would be impossible because geographically the United States was a huge land mass and it would take hours to fly between cities and days to drive between states.

With only three weeks of time to travel, make the essential tourist stops, take in the culture, food and atmosphere, and spend time with friends – my husband and I decided that the best way to see as much as we could, was to travel by train.

So after six days in San Diego and San Francisco along the West Coast, we embarked on an epic train journey that literally took us from the Pacific Ocean to the Atlantic in four days.

We hopped on board the California Zephyr that would take us from San Francisco to Chicago; and then changed to the Lake Shore Limited that brought us and our gaping jaws to the Big Apple.

First, the Zephyr. This train route cuts through six northern states California, Utah, Colorado, Nevada, Iowa and Illinois. Then, with a stop and some time to explore the city of Chicago we boarded the Lake Shore Limited that took us from Illinois through Indiana, Ohio, Pennsylvania and finally New York. Ten states in four days! 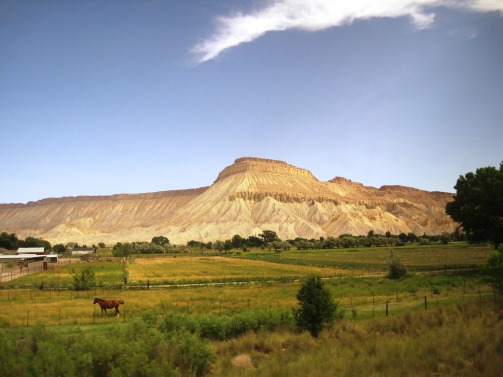 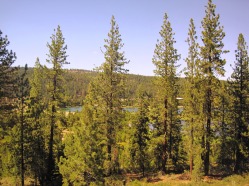 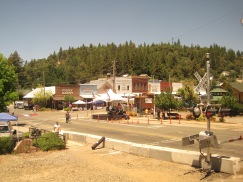 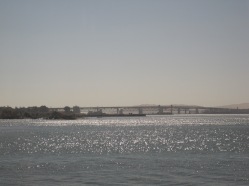 Do download the PDF document available on Amtrak website that gives you a brief history and explanation on towns and places the trains pass through.

To add to the colour, we were fortunate to be travelling through the countryside on the 4th of July and got a chance to see preparations for the celebrations in small towns along the route, and on the eve of the American Independence Day, I fell asleep with a kaleidoscope of fireworks at my window as the train whizzed by the countryside. 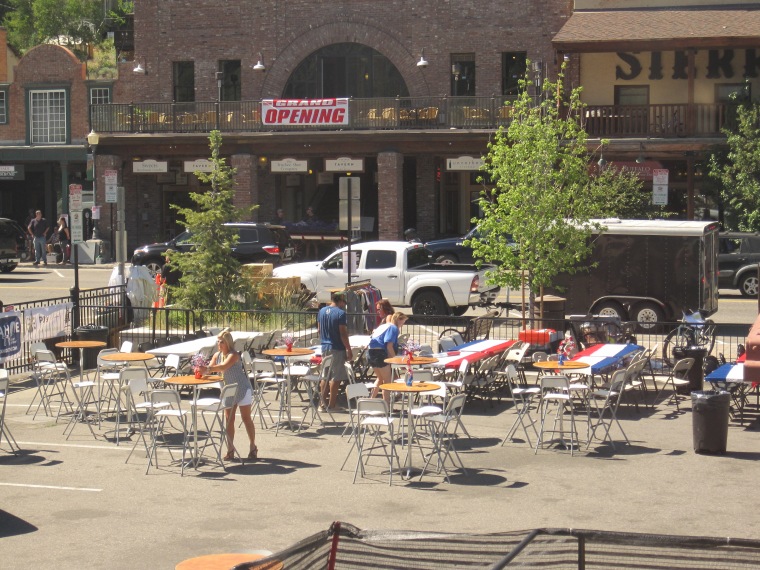 When you have passed-by civilization and into canyons and Rocky Mountains, the night view is just an amazing silhouette of dark formations rising from the landscape towards a starlit sky.

The bright layered colours of dawn and dusk in the background of the amazing landscape that you will pass through on this journey are just priceless. 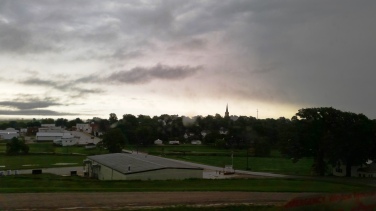 There is an observation car/coach on the train that allows you to have an unobstructed view of the scenery if you would like. There are also guides who will run you through the significance, history and value of the landscape or town as you pass through – including the types of flora and fauna found in the specific areas.

Looking out of your window, you would also be privy to the array of cultures and people living along this train route … including a random naked Hillbilly jerking off to the passing train (I’m not kidding!).

As you pull out of San Francisco, you will find that most of the architecture including that of train stations has a Spanish/South American influence that slowly changes along the way and as you get closer to the bigger cities like Denver and Chicago the buildings transform into more industrial designs.

There is also a colourful array of people you will meet in the train and along the route and on our train there was a family of Amish people travelling together, young and matures couples, families and tourists from all over the world and other parts of the US. 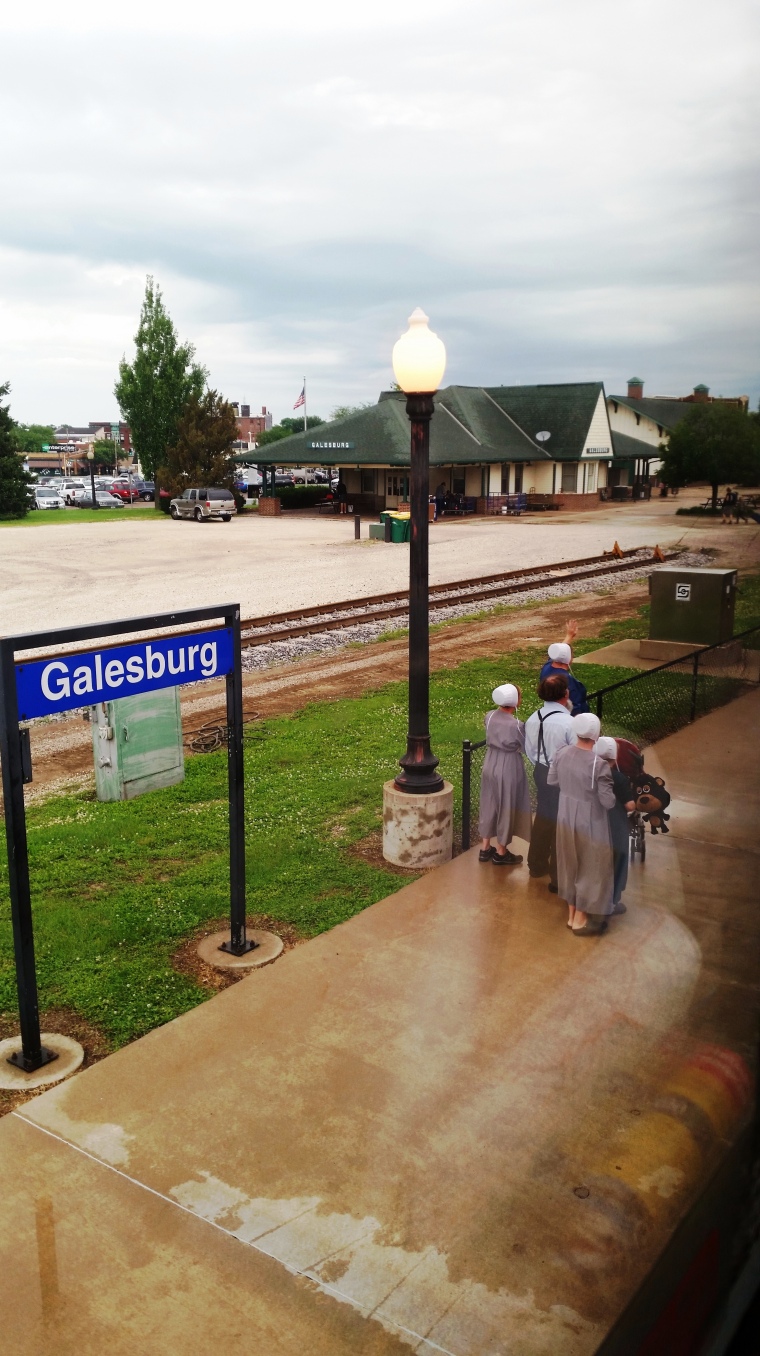 Breakfast, dinner, tea and lunch are by reservation. A few hours before service, a buffet coach staff will take your reservations.

Tables in the buffet coach seat four. So you may have to share your table if you are travelling as a couple.

This is a good way to meet fellow travellers, exchange ideas and experiences, and get tips on what to do or where to go at your next destination.

We booked a Romette for our three-day ride on the California Zephyr to Chicago and a Bedroom on the Lakeshore Limited to New York.

I personally liked the Roomette better as I felt I had a better view from the top section of the coach. Plus the seats which folded into a bed at night was comfortable, as was the bunk above.

The toilet and shower was shared but it was always clean and well sanitized.

Curtis who was in-charge of our coach was always on top of things, making sure that the utilities were clean and tidy and that we had enough coffee, tea and juices throughout our journey on the California Zephyr.

At night he would make his rounds and help us and fellow travellers set up their bunks and beds for the night. We also felt safe with Curtis in charge as he was quick to notice strangers or suspicious characters lurking near the coach at stops.

Our trip on the Lakeshore Limited was only for a night, but I felt that having a toilet and shower in the Bedroom was a bit like having a large elephant sharing your room space. Also it was not cleaned and mopped as often as the common toilets and showers and thus was wet and clammy most of the time (also the shower is not partitioned and separated from the toilet).

In short I felt more comfortable in the Roomette, but that’s just a matter of preference.

If you are on a tight budget there is the option of booking seats.

There was no WiFi on the train we took, but it was available at some stations – just enough time to say a quick hello to friends and family and upload some pictures (if you’re lucky). But that a good thing if a getaway is what you are looking for.

Booking the tickets was done online from Malaysia and was fairly easy via the Amtrak website at https://www.amtrak.com/home

Generally, you would pay as much for a hotel so I’d say this was an accommodation on tracks that takes you through the beautiful landscape of this vast and diverse country. We spent two nights on the California Zephyr and one on the Lake Shore Limited.

Plan your trip and check out fares and deals at the website above. It’s quite comprehensive and easy to navigate.

We had an amazing journey and are looking at travelling through other Amtrak train routes through the US for out next trip.