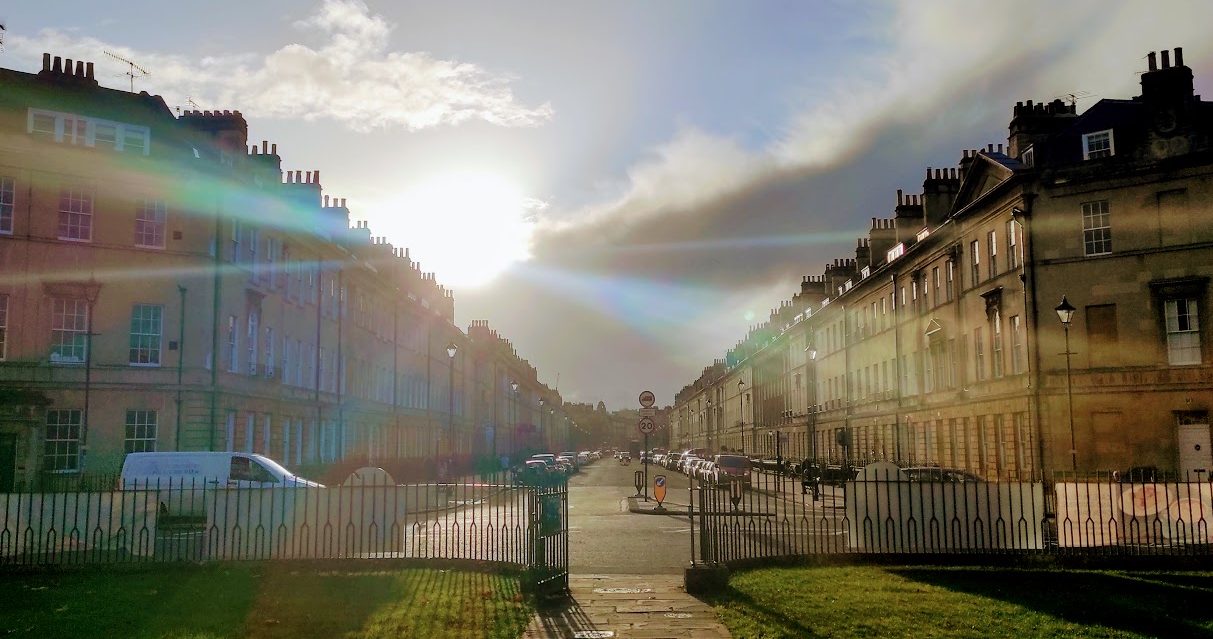 ‘Kayu Gaharu‘ (Agarwood) – I first heard this term in my history book in which it was one of the many precious commodities sought after by Arab, Chinese and Indian traders who docked at the port of Melaka in the 1400s.

Known as the ‘Wood of Gods’ it is also referred to as chen xiang, aloeswood, eaglewood, karas, jinko, and oudh in various ancient and religious texts, including the Quran, the Bible and the Veda, all of which hail its healing and health properties.

It has also been dubbed as ‘liquid gold,’ and its oil ‘black gold,’ due to the high demand and prices. Agarwood is a key component in many Ayurvedic and traditional Chinese medicine.

I’ve never seen a gaharu tree or rather wouldn’t have known I was looking at one until early March 2020 when I set foot in the HOGA Gharu Tea Valley (HOGA) nestled in the quiet foothills of the Titiwangsa range.

The 300 acre serene enclave in the rain forest, near the old minig town of Gopeng in Perak, is not boastful of the economic and ecological wealth that lies within its canopy of trees.

The gaharu forest is a product of years of patience, perseverance and pain by founder of HOGA – David Ho. 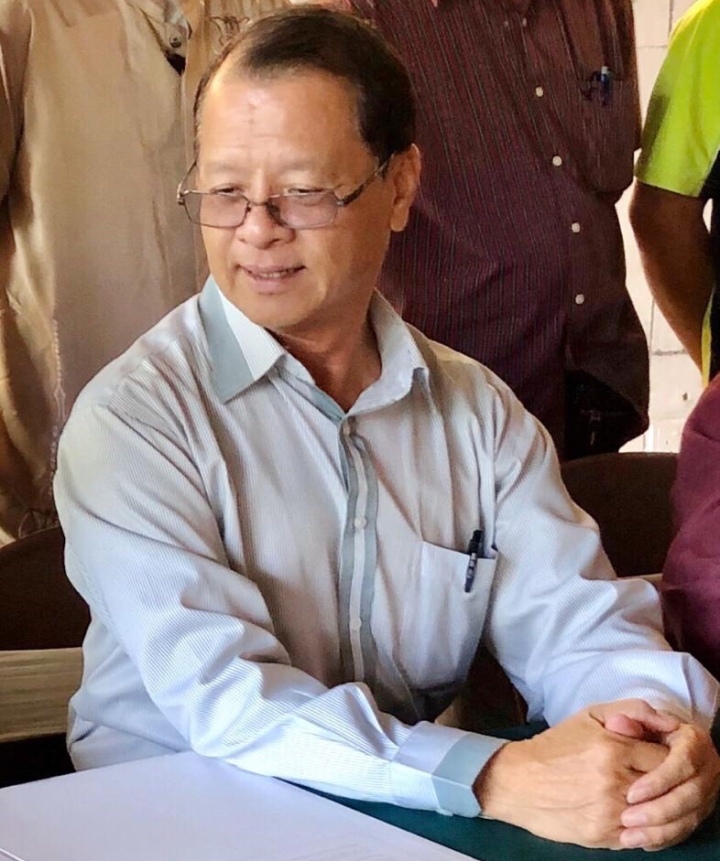 HOGA is a portmanteau of his surname (HO) and family in Cantonese (GA). Alternatively it combines the surname Ho with Ga – short for Gaharu.

It took a lot of guts for David to bet all his time, finances and resources into the agarwood plantation when all his contemporaries were pouring their investments into lucrative oil palm and rubber plantations. 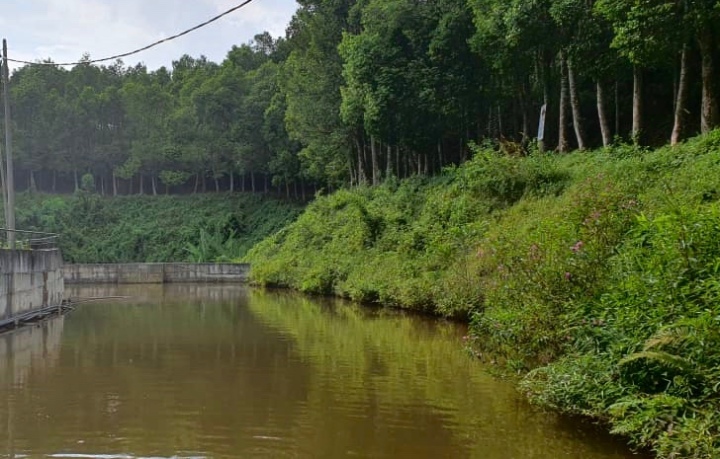 His son, Nicklaus Ho who took our group on a tour of the plantation said, David’s core business at that time was heavy machinery, and through his network, a Japanese man approached him with a proposal to plant 200 Gaharu seedlings in 1992.

This came with the condition that the trees which are also known as Aquilaria trees would be cultivated within the natural ecosystem of the rainforest, without the use of chemicals, pesticides and fertilizers – a philosophy HOGA has maintained till now.

The Japanese man is believed to be a descendant of a Chinese Imperial court doctor who had created a concoction which main ingredient was agarwood for the then Chinese emperor who was obsessed with immortality. This emperor was not willing to share the findings of this imperial doctor and ordered that the doctor and his entire party be killed to protect the secret.

However, the physician managed to escape and made his way to Japan where he continued pursuing research into the benefits of agarwood and its healing and medicinal properties. It is also believed that the burning of agarwood has a cleansing effect on the air and environment. 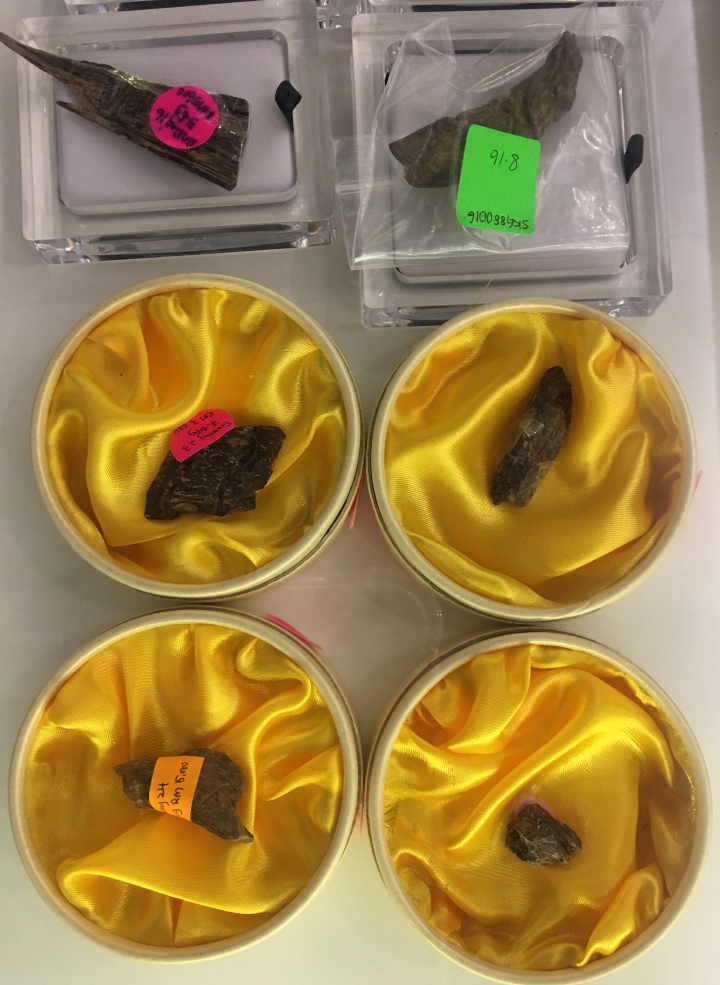 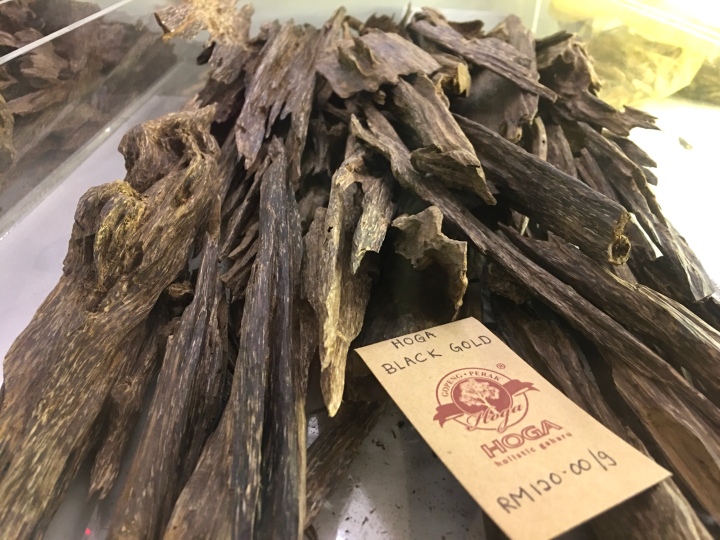 The 200 trees from Japan were advanced hybrid gaharu seedling that tie together the benefit of 12 aquilaria species aptly patented as ‘Gaharu Gopeng’.

The HOGA plantation concentrates on producing tea and food products as this family run business is determined to focus on promoting the health benefits of agarwood. 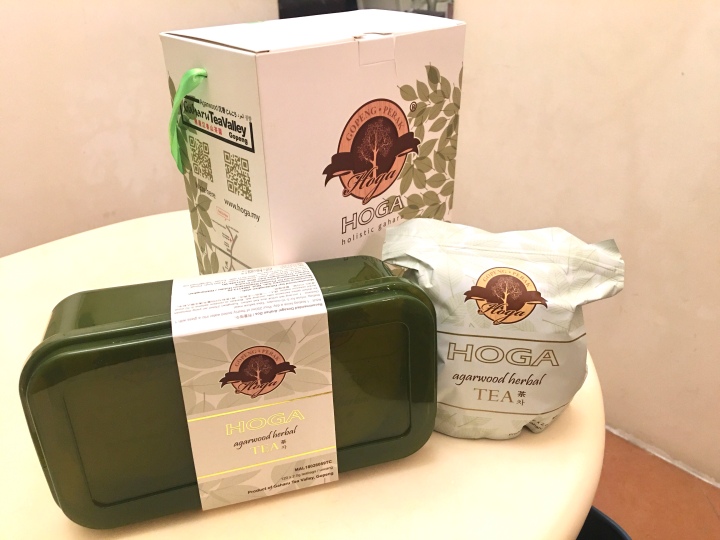 HOGA also does export agarwood which properties lies in the resin that is accumulated in the branches after it is bruised. This is widely used to produce incense, perfume and essential oils. 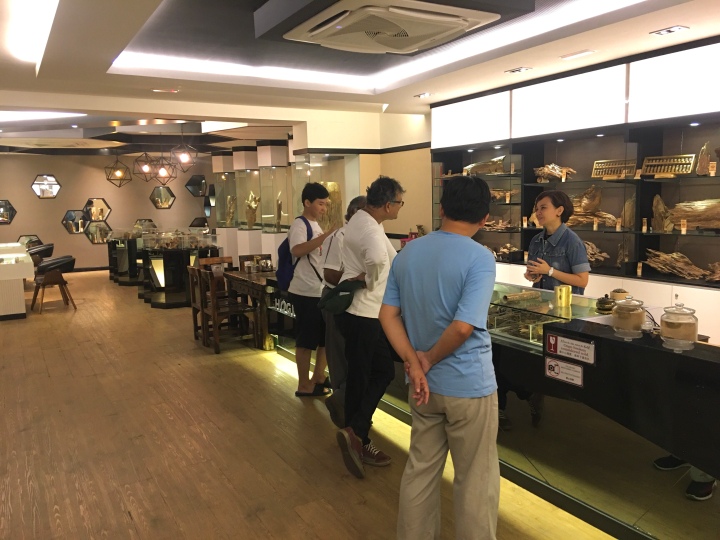 Nicklaus said, everyone his father David knew advised him to venture into the more lucrative produce of oil palm and rubber on his piece of land, but he decided instead to follow his heart and plant the 200 gaharu seedlings with the intention of helping society through the miraculous properties of this tree. 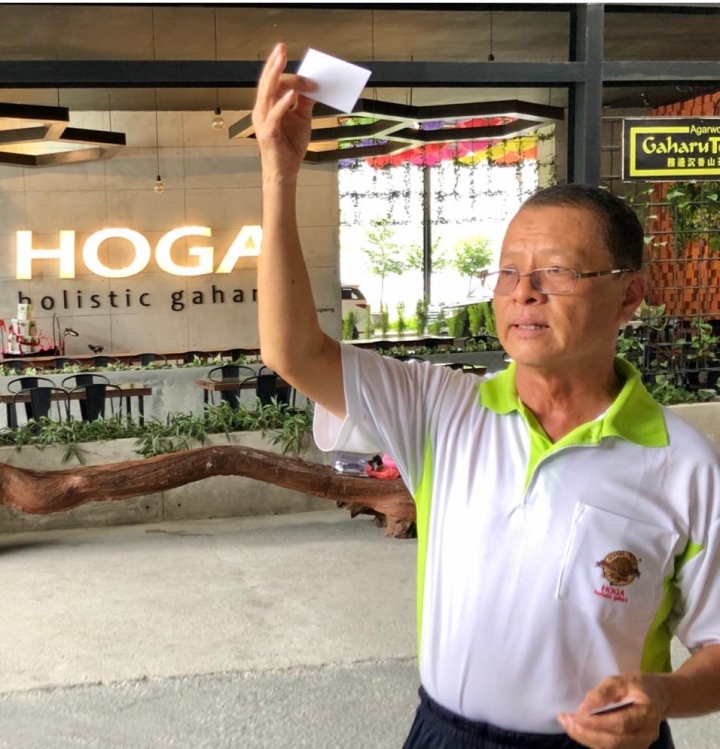 “It was not an easy time for him and the family, and he faced many challenges including financial issues but persevered,” said Nicklaus.

The plantation ties up with the natural ecosystem of the 400-year old Titiwangsa Range forest and David insisted that only natural methods cultivation and biological control methods were used, including a huge load of earthworms in the ground, the setting up habitats for swiftlets and bees in the plantation, a dredged underground spring and fish ponds that were lit at night to attract insects.

Visitors to the farm will be able to spot sting-less bee hives, fish ponds and a swiftlet nesting house in the plantation.

Setting up a visitors centre, cafe and shop selling products was not part of the family’s initial plans.

“People started coming to visit the plantation and buy our products by chance so we eventually decided to open it to the public, and as it turned out HOGA is now a popular tourist stop in Perak,” Nicklaus said adding that HOGA provides vast job opportunities for the villagers and people living around the area.

HOGA also helped to build and maintain the infrastructure and facilities for the community in the nearby Kampung Sungai Itik.

Today the rich harvest of the Gaharu Tea Valley, as well as generations old Chinese imperial health formulas are used by Gaharu Technologies and Envirotech Industries to manufacture its own unique HOGA products, including the signature HOGA Agarwood tea and the GOGA liquid fuel drink to catalyze a healthier life. 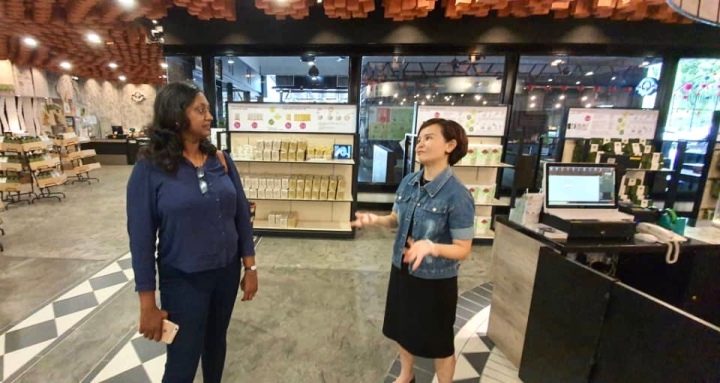 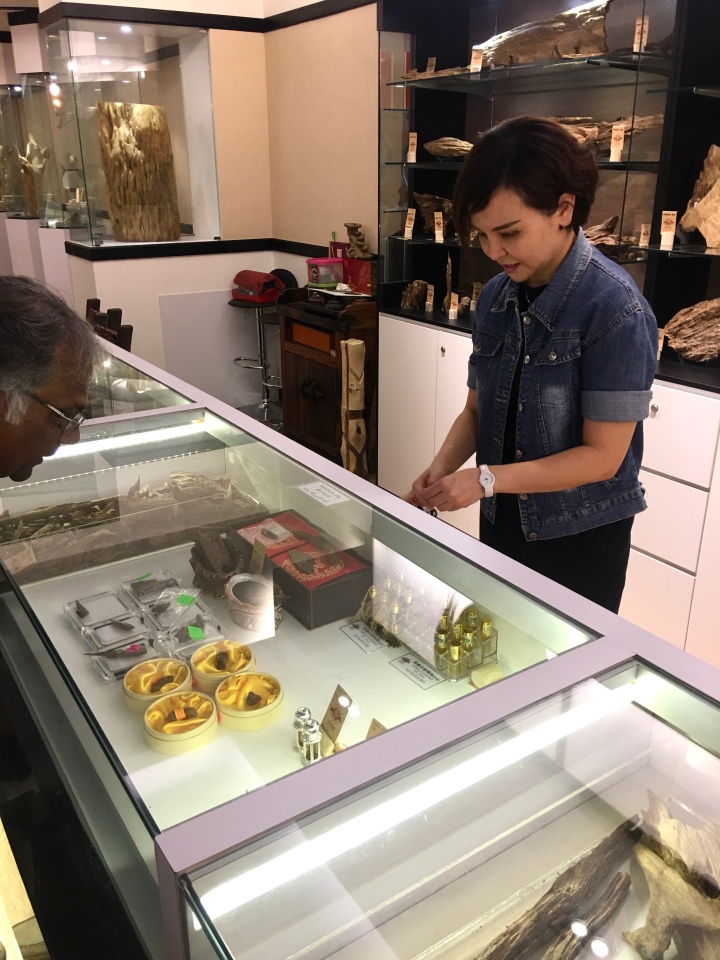 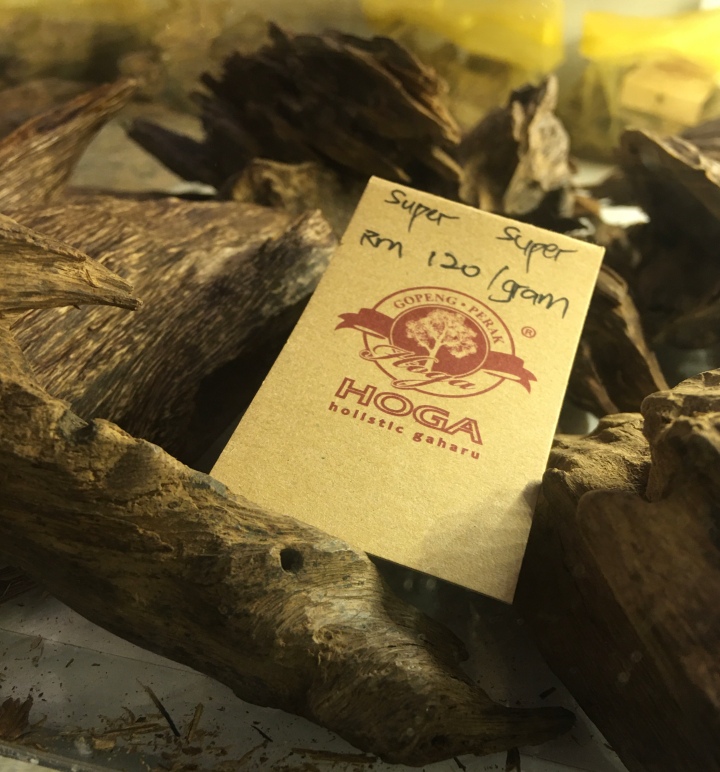 Currently there are studies being conducted by University Sains Malaysia (USM) and Nottingham University on the properties and health benefits of the agarwood which include regulating blood sugar, reducing uric acid and flatulence, relieving breathing and throat problems and relaxing properties among others.

In addition to its signature Gaharu tea, HOGA produces an array of other products like noodle blends made with agarwood, agarwood coffee, ice-cream, beauty products and ornaments among others. 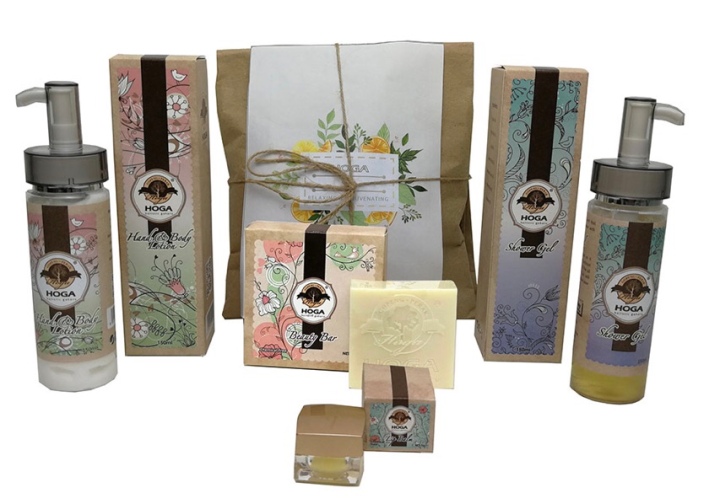 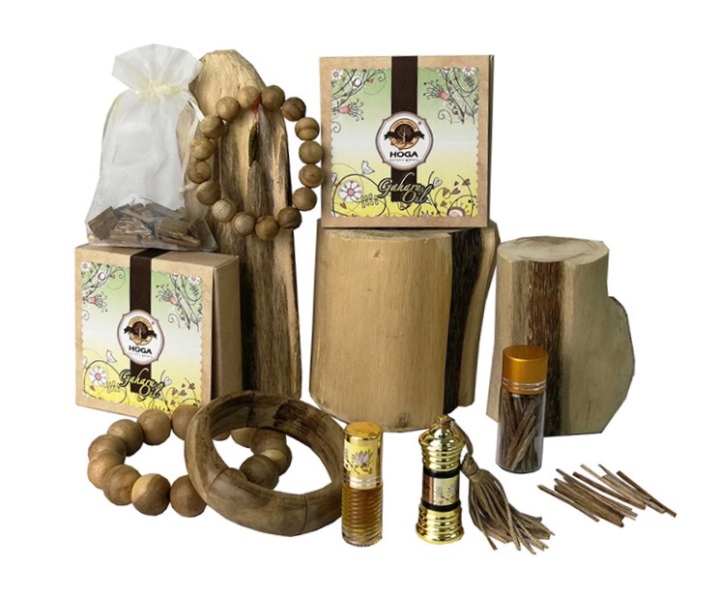 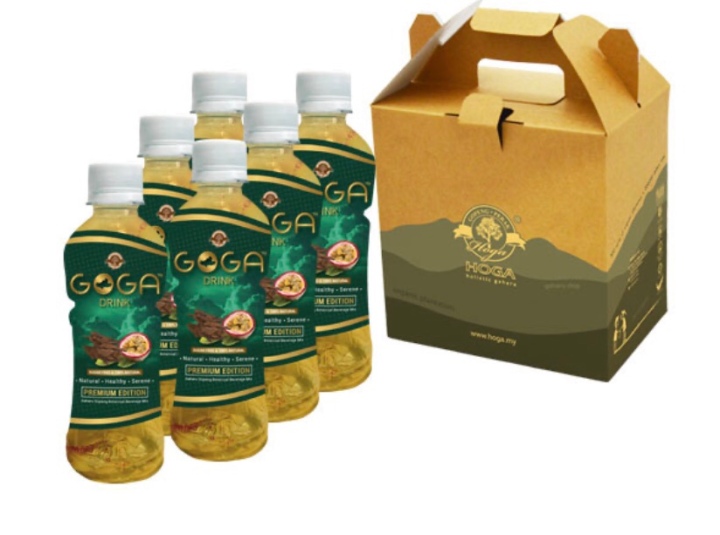 Some HOGA products can be purchased online. For more information on HOGA Tea Valley visit www.hoga.my