The Church of the Assumption on Farquhar Road in Penang was built in 1786, the year Captain Francis Light and British settlers landed on Penang island.

They settlers set foot on this tropical island just off Butterworth/Seberang Prai on the mainland of Peninsular Malaysian on Aug 15th – the feast of the Assumption of the Blessed Virgin Mary.

Thus, the church of the Assumption.

This was a place of worship for generations of Penangites, sea-men, settlers, traders and administrators who were a part of Penang’s thriving port.

This church underwent renovations and refurbishments last year. The facade, interiors, pipe-organ and most of the architectural features including the black and white aisle flooring were maintained. 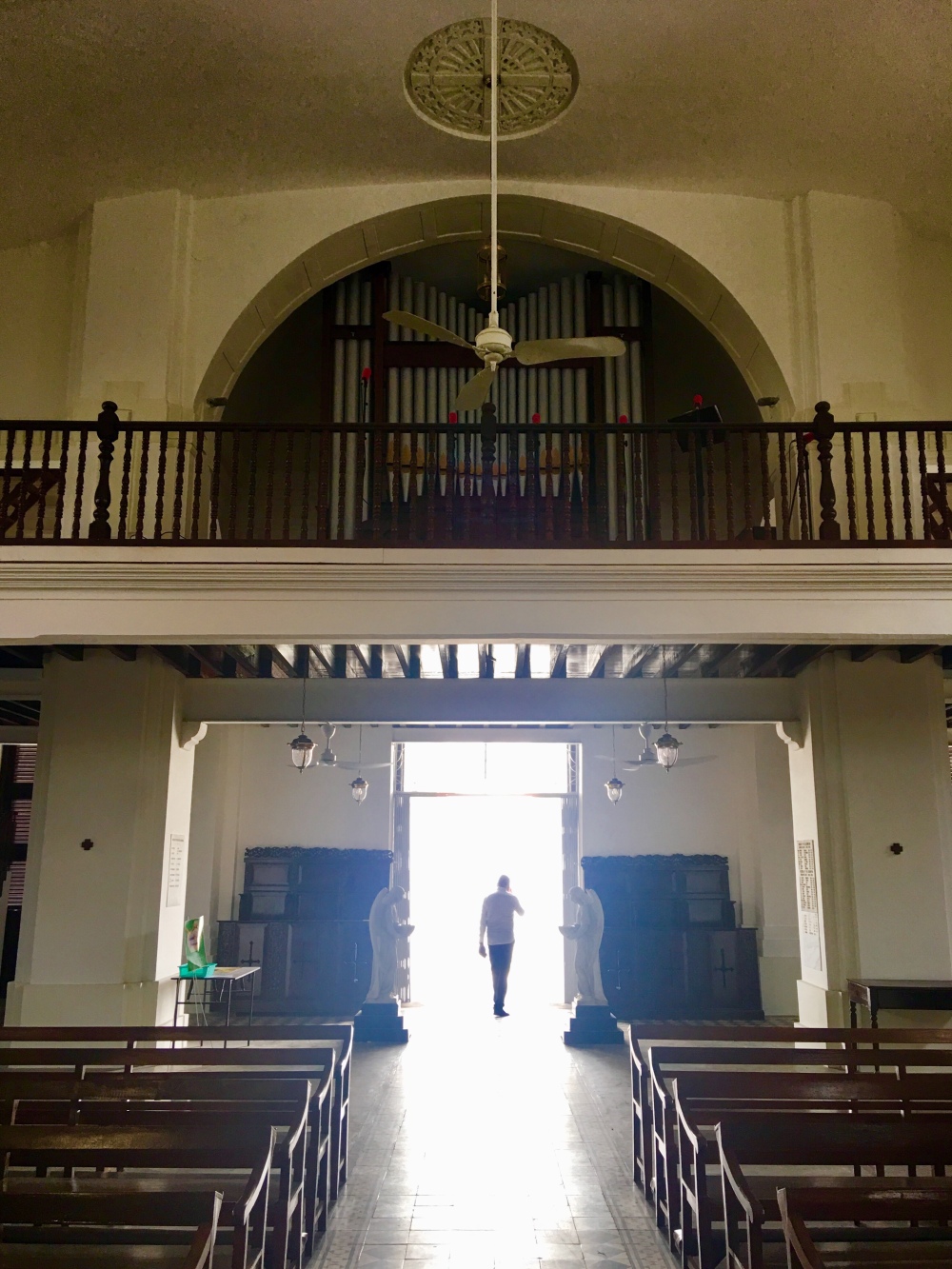 It’s been given a death coat of paint and installed with air conditioning units that are a welcome addition during the current heat wave and hot season.