Today marks the eve of Thaipusam, an annual religious festival celebrated by Hindus in the Tamil month of Thai. Over the past week, devotes have been trickling into the Batu cave temple to participate in ceremonies and prayers. 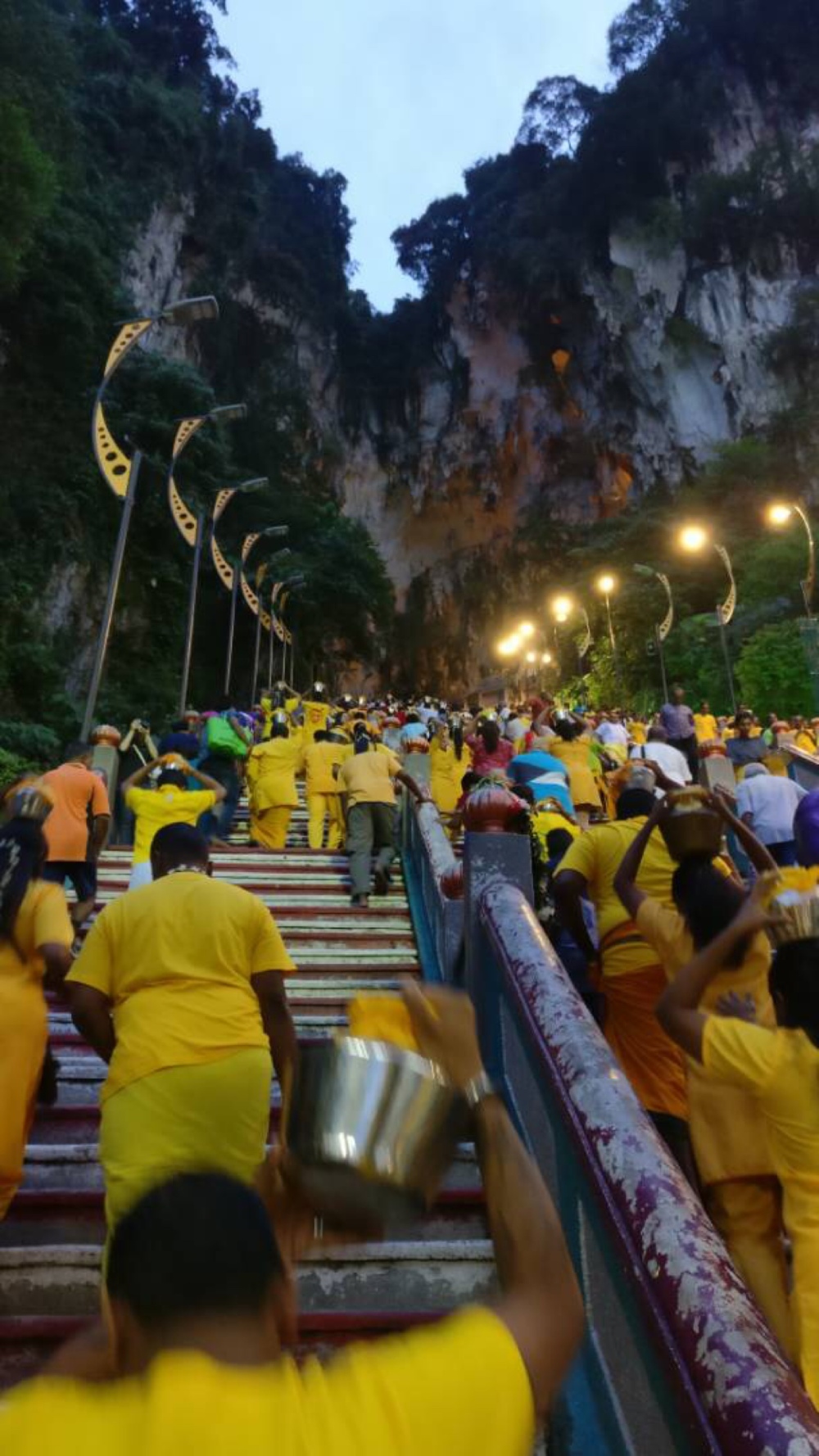 For many, this festival is a culmination of a period of fast and abstinence.

Various forms of offerings and ceremonial sacrifice are presented to Hindu deity – Lord Murugan (to which the cave temple is dedicated to) at the end of this period of self-reflection.

Devotees who want to avoid the crowds on the eve of Thaipusam and Thaipusam day itself usually carry out their religious obligations the week before.

The first step is to cleanse themselves in Sungai Batu (Stone River) before performing prayers and starting their walk through the temple grounds, up the 272 steps to Batu Caves (Stone Caves), where they participate in religious ceremonies and make their offerings.

The traditional and more popular offering of milk in milk pots are carried up the steps and poured over Lord Muruga.

There are also more extreme forms of sacrifice which involve spears, hooks and various forms of self mutilation – some accompanied by traditional drums and music.

On the eve, devotees will congregate at the Sri Maha Mariamman Temple on Jalan Tun H.S.Lee in the late evening and participate in a 15 kilometer chariot procession through through Kuala Lumpur to Batu Caves.

Several roads will be closed for this, but there is usually not much disruption to traffic in the city as Thaipusam is a public holiday.

The crowds on Thaipusam day itself is phenomenal, with over a million devotees and visitors estimated at this festival every year..

For about a month this serene temple in a limestone hill on the Titiwangsa range turns into a lively, festive and spiritual ground for devotees and visitors. As for those who do not like crowds and chaos, there’always the rest of the year when the temple and cave is quieter.

Photos and videos by S. Selvendran