Penang is one of my favourite spots in Malaysia. This island is famous for many reasons – the food, the beaches, the heritage buildings, the architecture, and the cool respite of Penang Hill and its forests when the weather is hot.

However, some find one of my favourite spots in Penang – the old Protestant Cemetary- a bit of an odd fascination.

I realised that it might be some sort of quirky fascination, when a group of visitors that I took around Penang not too long ago, refused to get out of the van we were travelling in when it stopped in front of the cemetery. It may have been some sort of superstitious belief of fear maybe – but to each their own.

To me this cemetery has been piece of serenity in the busy capital of Penang – Georgetown. Surrounded by a low brick wall, the cemetery is shaded by mature frangipani trees covered in fragrant white blooms.

Beneath these trees lie graves dating back to the late 1700s.

Sir Francis Light, the founder of Penang, known as the Prince of Wales Island from 1786 till 1867, is buried here together with dozens of other early settlers.

Light established a British settlement in this island and port for the East India Company ships entering the Straits of Melaka – a major leg of the marine trade route between India and China.

Most of the graves and headstones at the Protestant Cemetery coveys some background on its occupants – their names, sometimes the name of their parents and family members, their origin, their occupation, their achievements, the circumstances of their death etc.

I’ve spent hours at that cemetery reading the inscriptions on these tombstones, like a book of short stories – most with sad endings- death during the long journey at sea from their homes in the British Isles to Penang, succumbing to “diseases of the Far East” – some wiping out whole families, murder and death in local rebellions among others.

There are many prominent figures in Penang buried here, among them are founder of Penang Free School Reverend Hutchings and Thomas Leonowens, the husband of Anna Leonowens who was hired by Siamese King Rama IV to tutor his kids – as the story depicted in the movie “The King and I”. 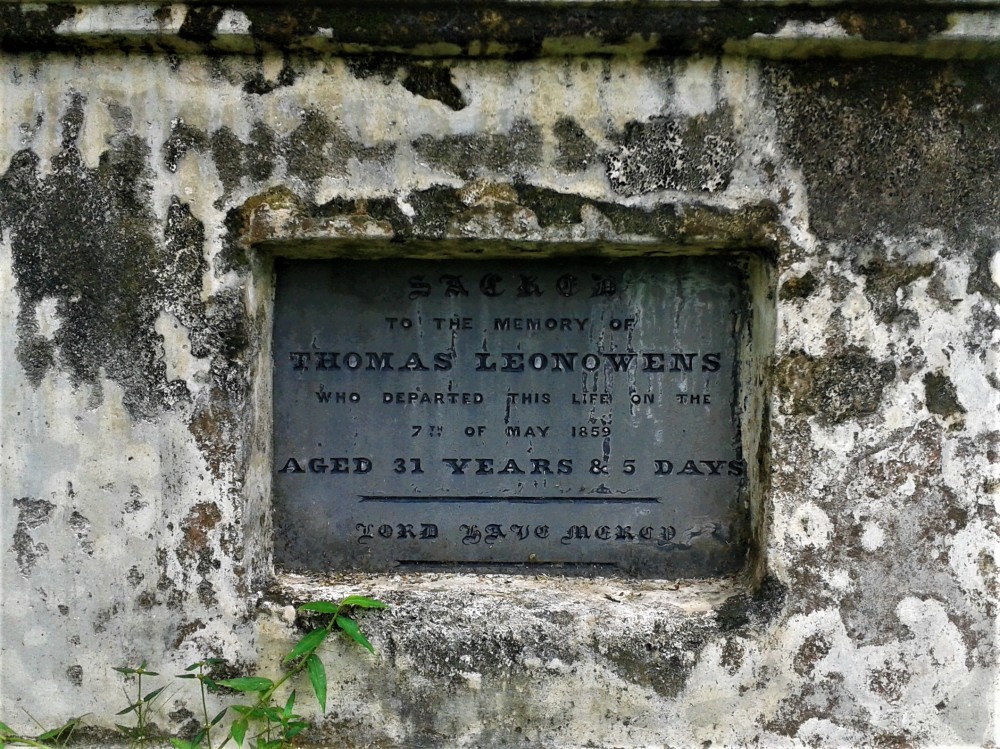 This cemetery is the final resting place for many of the pioneers in Penang, including Chinese, German and Armenian migrants. Many died at a young age in tragic circumstances. I always make it a point to say a silent prayer for their souls when I’m there and whenever I pass by the cemetery.

The Penang Municipal Council, the Penang Heritage Trust, and George Town World Heritage Inc, carried conservation works at this site and restored fading inscriptions on the tombs, in addition to mending damaged tombs and landscaping works.

Its rich history and cultural significance is often missed by visitors to the island including locals, as a cemetery is often seen as a place where people and their past are buried forever – but not so at this cemetery which continues to tell the stories of its occupants more than 200 years after their deaths. It should be the first stop for visitors to this island, as it is, in my opinion, the the first chapter of Penang’s story.