“I like to try new things!” – is how our close friends and family describe my sometimes reckless sense of adventure.

This stems from a thirst to step out of the box and experience people and places as a traveller, not a tourist.

This time around, that sense of adventure led hubby and I to book ourselves into Gardenia house, a quaint abode, in the middle of a paddy field in a village just outside Ubud, Bali.


So, when Allo, our driver stopped in a muddy clearing just about 200m away from a pigsty, cow shed and chicken coop we were wondering what kind of pickle this chapter has gotten us into.

“No, you have to walk up a bit further, I can’t drive in,” he said as he lifted our bags and disappeared around the corner of a brick fence.

“What have we got ourselves into now,” I exclaimed noticing Terence’s look of concern – half because he was unsure of what was behind that wall and half because – this was his idea!

Bracing ourselves, we shuffled after Allo and soon found ourselves walking on a bund next to an irrigation canal leading to rice fields.

There were ducks swimming between the paddy stalks, and across the field was a volleyball court where some school kids were having a noisy match.

A man, clad in bright orange underwear was taking a bath in the canal – we will discover later that he and his friends do so in the nude under the cover of the night sky.

Soon we were outside a modest teak Balinese door with “Gardenia” written above it.

Stepping inside we were greeted by two houses – the main one and a guest house – and two very hyper albeit friendly dogs – Labradors Mulato and Momo.

Next to these two was Mimpi an older Retriever with slow movements, which got up to greet us nevertheless.

Sky, what I call a fancy handbag dog made her appearance a few days later. Am not sure of her breed- either a Schnauzer or Bearded Collie.

Inside, the housekeeper Ibu Ketut greeted us with a nice comforting cup of hot Balinese coffee in a warm and colourful kitchen – a combination of wood and brightly coloured tiles.

The house owner Ibu Deidra is from South America, and the influence from that part of the world is visible in the kitchen.

Deidra was not around, but Ketut explained that Gardenia House was built in a jungle at the edge of a ridge that leads down to the famous Campuhan ridge walk and river.


On the landing, just outside the living room was a lanai to relax and take in the calmness of the green jungle foliage just below.

Pak Made who manages the property and a gardener were tending to the garden, and showed us the spot where we could build a fire and enjoy stars in the sky on a clear night.

There was an open concept toilet and shower for you to attend to your business in the open air (there is a wall around it but no roof).

The presence of the four dogs was reassuring – especially when you realise how isolated the home is and how open it is to creepy crawlies from the jungle and the paddy fields.

“This is a nice choice Terence – well done,” I said as we trudged up the wooden steps to the room upstairs thinking to myself how nicely this gamble paid off– I may have spoken too soon.

The bedroom upstairs was beautiful and bright – bright because it basically open. There was only one wall behind which was a bathroom and toilet, and a storeroom.

The three other walls were up to our waists. Only white linen curtains separated us from the elements.

In the middle of the room was a high king sized bed with mosquito netting covering it, and around the room – beautiful traditional teak furniture and paintings – one of which made me a little uncomfortable as it resembled the spooky nun in The Conjuring 2.

Open to the elements

View from the room terrace

The open concept, despite being a part of the adventure we sought was a little unnerving – especially for a city girl like me.

I am so used to securing every open window, door and crevice of our home to keep out crooks and rodents, but here we are-  two people in an isolated location, in unfamiliar territory, essentially living in the jungle.

Night fell not long after we checked-in, darkness enveloped the surrounding forest and paddy fields, and the strange sounds of the jungle unnerved me a little more.

But hey stepping out of our comfort zone was the whole point here. So, I decided to grit my teeth and get through the three nights we were here for.

The next morning, it was great (and almost a relief) to hear the altering sounds of the forest – the owls and crickets of the night gave way to chirping birds, a flock of ducks quacking away in the rice fields and chickens from the nearby village.

The house remained cool in the morning and afternoons, as it did during the night- without fans or air conditioning in the room.

It was great to wake-up in the mornings. The first rays of the sun shining through the branches of the trees jolts you from your slumber. So forget plans to sleep in.

Peeking over the terrace, I noticed Ketut placing flowers and offerings at the Balinese altar in the garden that is surrounded by a gurgling fish pond. In the distance, villagers were heading out to work, school and to tend to the rice fields.

On days when it rained, there was this amazing smell of fresh grass, earth and foliage that fills the air – mother nature’s very own aromatherapy.

The house is about a 45-minute slow walk to Ubud town, and passes through several interesting sights including the Ubud Monkey Forest, the Puri Saren Royal Palace that hosts traditional performances at night, the Blanco Renaissance Museum, ancient temples and the Campuhan Ridge Walk among others.

You could always hail a taxi for between 50000 to 70000 rupiah (US$3.80-5.30), but where’s the fun in that? It is always more interesting to walk through the village, interact with the locals, take in the sights, stop for some local delicacies, be harassed by stray dogs, harass the ducks in the fields, smell the wonderful aroma of pork and chicken being grilled and barbecued in the evenings, and be horrified at the size of the local gecko, “tokek” 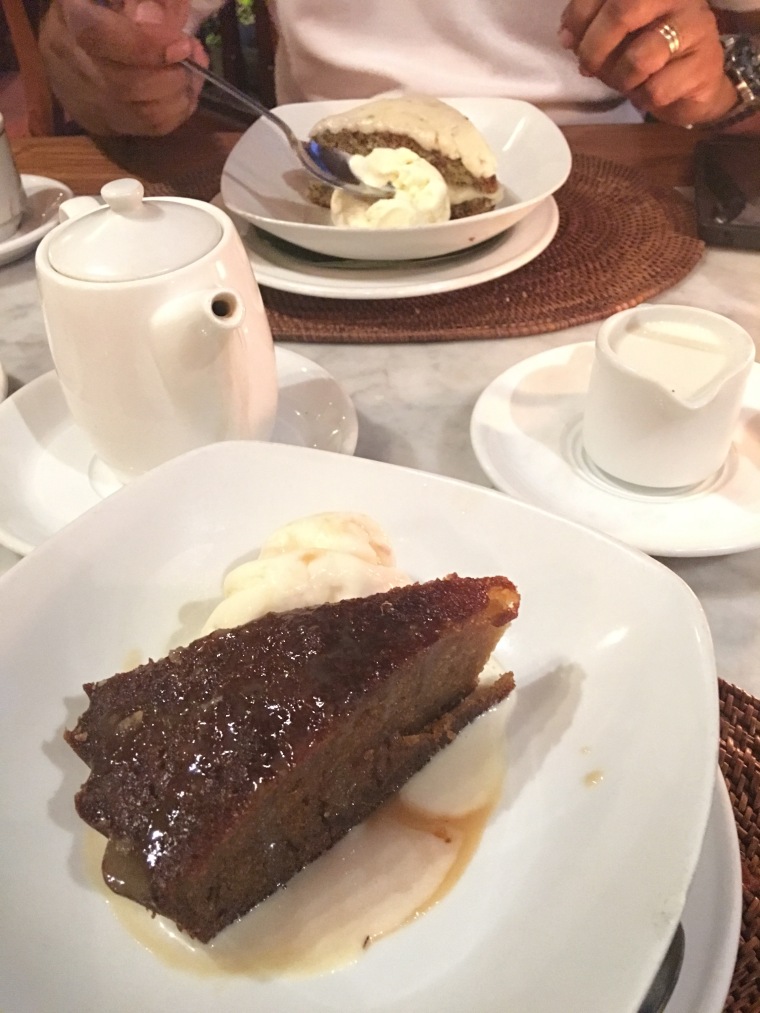 To rejuvenate, make a pit-stop for a massage at one of the many spas along the route, and then continue walking. But if you plan to relax at the spa all day, bookings should be made at least a day before as it can sometimes get quite busy.

You will be spoilt for choice where food is concerned – from the famous Babi Guling (slow roasted pork) to the Bebek Goreng (Deep Fried Duck) – the food here is definitely something to write home about.  I will save the food galore for another posting 🙂

Ubud like other parts of Bali, was unique in its own way and featured many small cafes, art studios, and stores offering souvenirs and handicraft unique to the area.

After a long day of exploring, walking back to the house is another adventure, especially since there are no proper streetlights – even along main roads.

Walking back to the little house in the middle of the rice field is another matter. We had to arm ourselves with torch lights and stamp our feet near bushes to keep lurking snakes away from the path.

As we get closer to the house, it is a relief to see one of the dogs – usually Mulato – appear from the darkness to walk you home safely. The dogs have a boundary though and do not go past it.

Three nights at Ubud was definitely not enough and I do plan to visit that place again and embark on a hike through the Campuhan Ridge Walk that I missed out on.

Will I opt for another open concept home for my next trip? Perhaps, as I slowly got used to the openness of the home and learnt to be a bit less suspicious of the unfamiliar – well, maybe minus that painting of the demonic Conjuring nun!