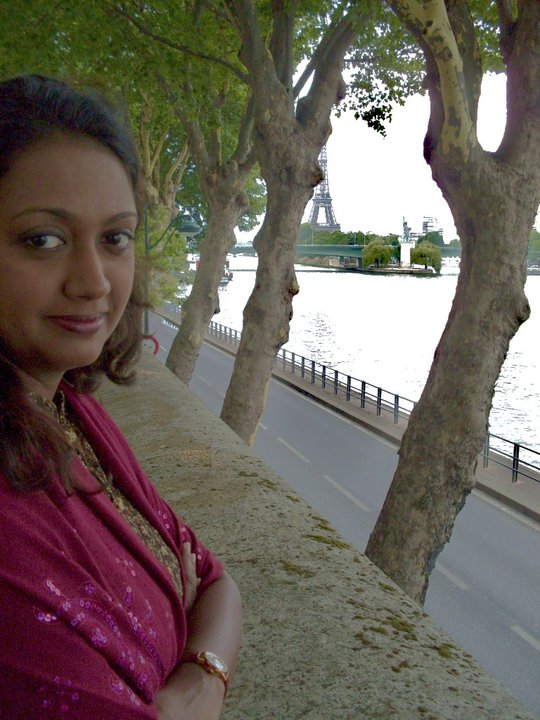 When I was about 10-years old, a family friend gifted me and my brother a set of encyclopedias that covered a range of topics from plants and animals to astronomy.

My brother, took off with the volume on science and experiments- his passion, while I grabbed the volume titled “People and Places”.

This was the starting point of my passion for travel and adventure – and as cliche as it may sound, it was not an easy dream to achieve at one time owing to the high cost of flights and accommodation.

I still remember the first chapter of the book that took me on a journey through the Netherlands. In it was an illustration of children playing near dikes constructed to prevent flooding. They craned their necks to look up and wave at boats sailing through the ocean above. There were pictures of windmills, tulips and Dutch children in traditional costumes running through the fields.

There was one chapter on the children of the world, the differences in their physical features, languages, costumes and customs. It took me on a journey through several continents, countries and exposed me to an assortment of social norms and beliefs in various countries around the world- piquing my interest.

Both my maternal and paternal grandparents left their home in Kerala, India in the late 1930’s to seek job opportunities in was was then known as Malaya – a part of the British empire.

They never expected to stay, buying land and properties back in their homeland, but as fate would have it, their offspring – my parents and their siblings- ended up staying on, becoming Malaysian citizens via naturalization.

I grew up in Kuala Lumpur, the capital city of Malaysia and thanks to my paternal grandmother Marsaleena Cruz- am able to speak four languages – English and Malay proficiently, and a smattering of Malayalam and Tamil.

To cut my ramblings short, here I am today, a part of an amazing multi-cultural society.

Malaysia is not a perfect place – it comes with it’s own set of social and political drama, but that aside, it is still a beautiful country and most of all, it’s home – warts and all!

It is indeed a privilege to be born in a place with much diversity.

I’ve had the fortune to travel and explore some of the places, and meet some of the people I had read about in my favourite book decades ago- thanks to my job as a journalist.

But I’m hardly done – I’ve yet to see the dikes in the Netherlands and am embarrassed to admit that for all the places I’ve been to, I have not explored my roots in Kerala – the homeland of my grandparents – which I am told is an amazingly beautiful place often referred to as “God’s Own Country”.

As the travelling storyteller, I hope that my stories and experiences will transport you to new places, and introduce you to people in faraway lands – just like my favourite book did for me almost three decades ago.

My motto: BE a traveller, NOT a tourist.